Bioresonance is based on the assumption that we can also view the human body as a system of oscillations and fields that reflect its vital state and aid in the coordination of energetic regulation processes. The approach focuses on the oscillations of the body’s molecular and atomic building blocks where bioinformation is thought to be stored. This is considered to be in the water found in the connective tissues (the matrix). According to Professor Popp, Marco Bischof, and others, this information interacts with the coordinating system of the biophotons from the nuclei. Whereas there are also several other theories and hypotheses on the basic principles of bioresonance, it was Dr. Morell who made a decisive discovery almost by chance in the 1970s: He found that these oscillations can be captured via an electromagnetic phenomenon in the human body. 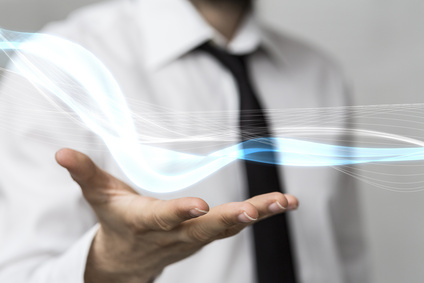 These oscillations can be processed electronically (e.g., filtered and attenuated or amplified) and then fed back to the body in order to normalize the electrical conductibility of acupuncture nodes.

Most bioresonance devices belonging to earlier generations, many of which are still on sale today, can only process a wave range of approximately 10 to 180,000 Hz*—and sometimes only up to 100,000 Hz. Moreover, several of them do not even possess bandpass technology, and provide only simple high- or low-pass filters from the early days of bioresonance technology.

Because research confirmed that the effective range of these older instruments was far too narrow, since 1994 equipment is available with highly selective hi-tech bandpasses covering a range from about 3 Hz to 400,000 Hz.

After carrying out a comprehensive series of tests, later equipment extended the oscillation range from 0 Hz (direct current electricity) to up to 500.000 Hz. More recent tests have shown that the inclusion of additional frequency clusters ranging from approximately 500–650 kHz and from 800–1,000 kHz (1 megaherz) markedly accelerates the normalization of EAV (Electroacupuncture according Dr. Voll) scores. Therefore, certain modern bioresonance devices cover a range from 0 Hz to 1,000,000 Hz.

A few bioresonance devices include a special automatic mode of bioresonance. It makes the instruments particularly easy to use, making awkward and time-consuming adjustments a thing of the past. Applying complex parameters, this mode scans both the oscillation spectrum and the corresponding amplification. Multidimensional scanning of the client’s energetic resonance then leads to a particularly rapid normalization of EAV readings. New products such as the Wave Scanner can work to a certain extent even without test preparations or so-called test kits.

*Hz is the scientific abbreviation for hertz = cycles per second cps.
**A bandpass is a filter that ideally blocks just about everything except the one more or less narrow range of oscillations that one wants. It can be compared to a colored glass lens that allows only light of this one color to pass through.

The bioresonance and the electroacupuncture according Dr. Voll (EAV) are scientifically controversial and the teaching medicine is not appreciating the methods in some countries yet. All information on this internet presentation is related to energetic treatment. Any form of energetic treatment does IN NO CASE replace traditional MEDICAL TREATMENT.